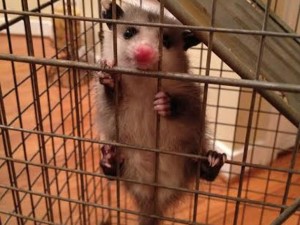 Opossums are the only marsupial found in the United States, and one of the most common animals to encounter in an urban setting. Unfortunately, like most animals that have adapted well to humans, opossums can prove to be a major nuisance if one takes residence near your Richmond home. Opossums are opportunistic scavengers who will feed on almost anything they can find, which often results in them raiding trash cans, pillaging fruit trees, and stealing food left out for cats and dogs.

Opossums are also known to raid chicken coops, feeding on both eggs and chicks. An opossum may even build its permanent nest under your porch. If an opossum develops a taste for whatever food it can find on your property, you can expect to wake up to a mess every morning.

If an opossum has started foraging in your yard by night, we need to remove it before it causes too much destruction. We will come to your home and perform a meticulous inspection of your property to find signs of an opossum, such as scat, tracks, and damage caused by their raids.

Once we have tracked down the opossum’s den, we will set out live traps to capture it, after which we will relocate the varmint to a distant location. To prevent future opossum incursions, we advise you to spray repellent near your trash cans, to avoid leaving pet food outside overnight, and to pick up rotting fruit lying around the yard, which may attract them. If you have chickens, make sure to secure any weak spots in their coops.

Get Opossums Out of Your Yard ASAP!

If your trash cans are being ravaged by an opossum, don’t let the mess continue. Call up the wildlife removal specialists at ASAP Wildlife to move the mischievous marsupial to a new home far away from your house in Richmond!